The United Kingdom ranked 6th globally with an average total score of 59.

The UK has a very mature pension industry underpinned by a national pension scheme which is paid from National Insurance Contributions – a payroll tax. This national pension scheme is supplemented by both occupational and individual pensions. Defined benefit schemes were once popular among private sector employers, but virtually all have closed and many are now frozen. A robust insurance market has developed offering employers many options for reducing or eliminating their legacy defined benefit liabilities. Defined contribution plans are now the norm for private sector workers while most public sector workers still accrue defined benefits.

More recently, the UK has required all private sector employees to be enrolled into defined contribution style arrangements. Employees may opt-out of these arrangements. There are several providers of define contribution style arrangements including a public competitor designed to be a low-cost and efficient fund manager, called the National Employment Savings Trust (or “NEST”). It is anticipated that in future years, some of these providers were grow such that they supersede some of the corporate funds in our review.

The UK continued to rank 6th globally and was in the top half of scores in three of the four factors. The range of scores across the organisations was fairly narrow, from a low of 48 to a high of 70. That the UK scored as well as it did when three of the five funds scored were corporate pension funds is testament to the robust governance and disclosure standards of corporate pension schemes in the UK. The UK funds had good disclosures in many areas without excelling in any specific topic. It was great to see the scores of all five funds increase year over year, even if the improvements were minimal.

The UK ranked 6th globally with an average score of 53 and improvement of last year’s 7th place ranking. Individual scores were very dispersed, with a low of 32 and a high of 74. Partially driven by the disclosure requirements in the UK, transaction cost disclosures were a relative strength of the country relative to the universe. The positive impact of better asset class disclosures was partly offset by poorer member service cost disclosures.

The UK funds did quite well on this factor with an average score of 73, ranking them 5th globally, the highest ranking of the four factors. The range of scores was quite wide: from a low of 57 to a high of 90. The story here is not the corporate funds did poorly but rather the public funds scored quite well. The two public funds are ranked in the top quartile globally. Year over year, the scores of all five funds improved as did the average score in each of the four components scored. Disclosure on board competencies and qualifications continues to be a strength, earning the third highest score globally with one fund receiving the 2nd highest score in this area.

The average performance factor score was 57 and the range in scores was fairly narrow, from a low of 52 to a high of 66. The UK maintained its ranking of 10th globally, the country’s lowest relative score. In most areas, the UK funds scored slightly below global averages. The two areas in which the UK funds exceeded the global average were total fund performance disclosures and disclosure and quality of benchmarks. Unfortunately, these areas were offset by a near complete lack of asset class level performance disclosures.

The UK funds scored an average of 60 on responsible investing with a global ranking of 6th, the same as last year. There was no change in rank despite significantly improved results compared to last year when the average score was 47. The range in individual scores was quite high, from a low of 33 to a high of 75. The scores of all five funds increased as did the average scores in all but one area. The increase in the overall RI score is mainly driven by score increased disclosure of impact investing and active ownership policies, both now scoring better than the global average.

Although not much to look at, the Annual Report and Accounts that pension schemes in the UK are required to produce do contain a lot of good information on a wide range of issues. More complete in many ways than the Comprehensive Annual Financial Reports that US public sector systems are required to produce, they are much more condensed and user friendly. Were it not for these documents, the UK’s global rank would have undoubtedly been much lower. It is unknown what other jurisdictions require this level of disclosure for corporate pension plans.

BT Pension Scheme provided this informative exhibit on its responsible investing stewardship hierarchy. It provides a great overview of how RI is integrated from the top down. USS provides a “Governance Supplement” which clearly outlines its governance philosophies. Of particular interest is the discussion on how it ensures it has a board with the requisite competencies. This is backed up by an informative graphic in the annual report which provides an appraisal of the skills possessed by the current board. 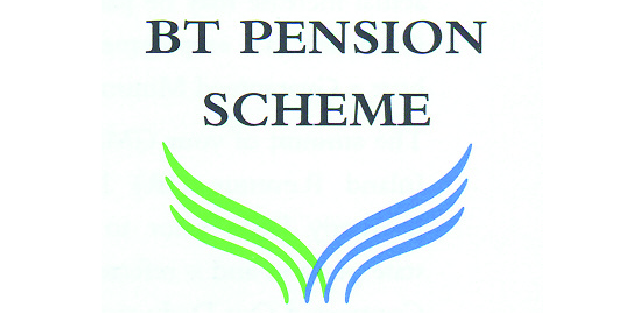 BT Pension Scheme is the UK’s largest corporate defined benefit pension scheme with assets of about £40 billion ($60 billion). The scheme closed to new members in 2001 but remains responsible for securing the long-term financial wellbeing of approximately 320,000 current and future pensioners. Lloyds Bank Pension Scheme No. 1 is a pension scheme for employees of Lloyds banking group which has both a closed defined benefit provision and defined contribution provision. Pension Protection Fund is a statutory fund which holds assets to be used to protect members of defined benefit plans if their pension fund becomes insolvent. Universities Superannuation Scheme is the largest private sector pension fund in the UK and is the principal pension scheme for universities and higher education institutions in the UK.